Movie reviews: ‘The Father’ is a carefully crafted depiction of dementia with powerful performances 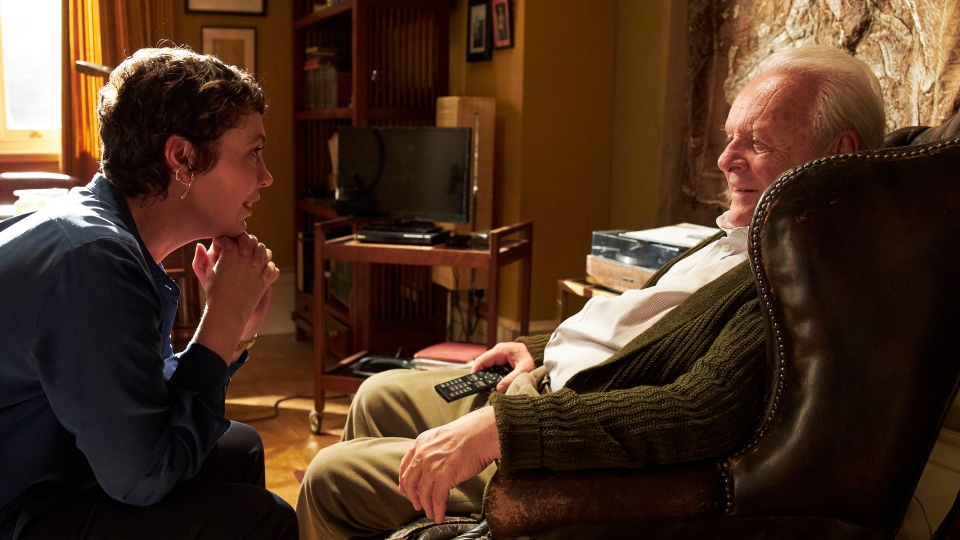 “The Father,” now in theatres, is a family drama about taking care of a loved one with dementia that manipulates reality to tell the story from two very different points of view: the caretakers and the patient.

Anthony (Sir Anthony Hopkins) is an eighty-year-old former engineer with a luxurious London apartment filled with art and music. What’s missing is a carer, someone to make sure he eats, takes his pills, and is comfortable as dementia makes his behaviour increasingly unpredictable. By times charming, other times angry, confused and controlling, and always convinced someone has stolen his prized wristwatch, he’s scared away a series of caretakers. “I don’t need anyone,” he bellows in denial. His daughter Anne (Olivia Colman) moved in to run the house, but she is relocating to Paris and needs to find someone to look after her father.

That is the set-up. From here director Florian Zeller, who co-wrote the script with Christopher Hampton, artfully toggles between realities — Anne’s story and the way Anthony sees what’s happening in his beloved apartment. It is a disorienting technique that switches perspectives without warning, creating a knotty drama where nothing is as it seems in a carefully crafted depiction of dementia.

“The Father” is a sensitive portrait of a failing mind anchored by a towering, emotional performance from Hopkins. The Oscar winner has made a career playing characters etched in ice; cool and collected. Here we see the vulnerable side, the lion in winter slowly losing himself to the vagaries of disease. It’s a tour de force of a performance that is often a difficult watch, but his control of the character, particularly in the film’s final heartbreaking moments, as Anthony’s real and illusory lives intersect, is astonishing.

Coleman brings subtlety and warmth to the long-suffering Anne, but it’s Imogene Poots who makes the most of her small, but wonderfully written scene. In the course of just a few minutes, she falls prey to Anthony’s charm only to feel the bite of his poison tongue, navigating a range of emotions and reactions like a character on the run from an Edward Albee play.

The success of “The Father” isn’t the structurally complex storytelling, but the performances that traverse the trickery of the telling to find the humanity of the situation. 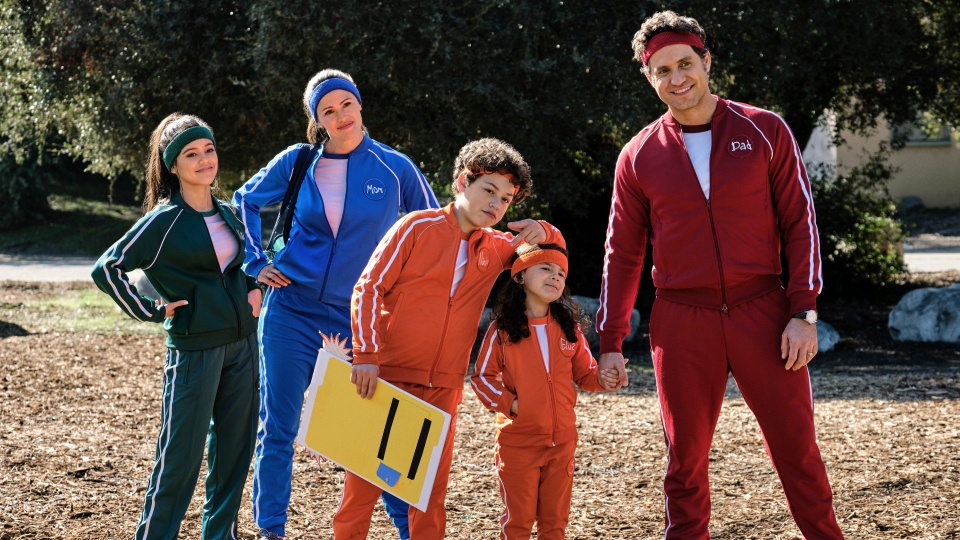 Giving over the joystick to the young’uns for a day sounds like every child’s dream, but will the parents enjoy it at all? That’s the question asked by “Yes Day,” a new family comedy now on Netflix that sees strict parents lighten up and give control to the kids.

Jennifer Garner is Allison, a former free spirit who found Carlos (Edgar Ramirez), her “partner in yes,” while travelling the world. “Yes,” she says, “was the theme of our relationship.” They said “yes” to bungee jumping, wild adventures and, ultimately, marriage. But when the kids came along, “no” became the new “yes.” Saying “no” to misbehaving kids is “called parenting,” Allison says. Carlos is a softer touch. “I’m a bad guy all day at work… but when I come home, the kids actually smile when they see me.”

When daughter Katie (Jenna Ortega) writes a haiku for English class describing herself as a caged bird and her mother as a captor, and son Nando (Julian Lerner) makes a video about mom’s oppression — “It’s like 1984 in this house, Mother is always watching!”– they hit on the idea of a “Yes day,” 24 hours where they say “yes” to everything their kids want. The rules are simple, say “yes” to everything except murder and anything in the future.

Liberated from the word “no,” phones, and laptops, Allison, Carlos and the kids, including six-year-old Ellie (Everly Carganilla), embark on an adventure. Complete with an ice cream eating challenge, water balloons, angry birds (not the video game kind), and a sopping wet carwash — their day is every kid’s wildest fantasy.

But this movie isn’t just about kid chaos. Teachable moments abound and the family is brought together with a new sense of self-confidence and the understanding that sometimes it is OK for parents to say “no.”

Based on the children’s book of the same name by Amy Krouse Rosenthal and Tom Lichtenheld, “Yes Day” is kind of a “Liar Liar” for kids. A silly, one joke premise, it’s about as engaging as Dolli Dimples, Chuck E. Cheese’s piano playing hippopotamus. That is to say, fun for a minute, but as soon as you begin to question the entertainment value of the hippo, the game is up. Same with “Yes Day.” The action leading up to the inevitable moral is kept afloat by likable, peppy performances from Garner (who also produced) and Ramirez, but nonetheless feels contrived and too safe, even for a kid’s flick. 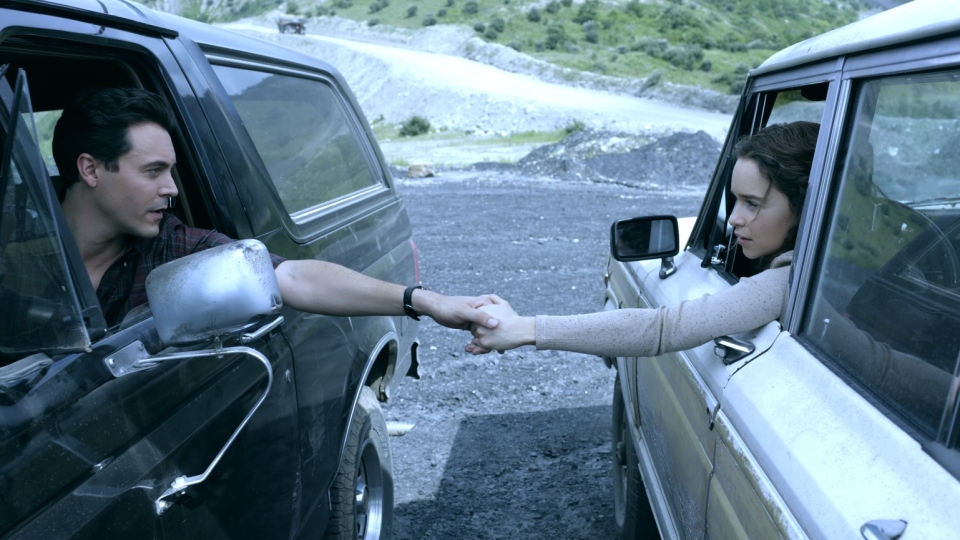 Based on a true story, “Above Suspicion,” starring “Game of Thrones” star Emilia Clarke, now on VOD, is set in small Kentucky where there are only two ways to make money since the mine closed:”one is the drug business and the other is the funeral business.”

Clarke is Susan Smith, living hand-to-mouth in her Kentucky hometown. She wants a better life, but drug addiction and her abusive ex-husband’s (Johnny Knoxville) welfare scam has her tied down.

When the married, ambitious FBI agent Mark Putnam (Jack Huston) comes to town, there appears to be opportunity for both. He sees her as a conduit of information, a snitch, and she thinks he might be her way out. When their work relationship turns romantic the dynamic changes, but when he realizes the error of his ways, Susan becomes obsessed and vengeful.

There’s more, but I won’t spoil it for you. The movie kind of does though in its opening minutes. (MILD SPOILER COURTESY OF THE MOVIE) “You know what’s the worst part about being dead?” Susan asks in the opening narration. “You get too much time to think.” It’s a film noir device that works well in “Sunset Boulevard,” but in this case, it sucks some of the life, literally, out of the storytelling.

A mix of drug busts, drawls, deception, and clearly telegraphed Southern Gothic plot points, “Above Suspicion” settles on a true crime format instead of digging a little deeper to expose the often troubled relationship between impoverished people and the folks who are meant to protect them. Instead, it feels like a greatest hits collection of opioid movie tropes tied together with outsized Kentucky accents.

A quick title IMDB search reveals the name “Above Suspicion” has been used at least 12 times, dating back to 1943. This most recent addition to the ever-growing list of “Above Suspicion” titled movies is about as generic as the common name would imply. 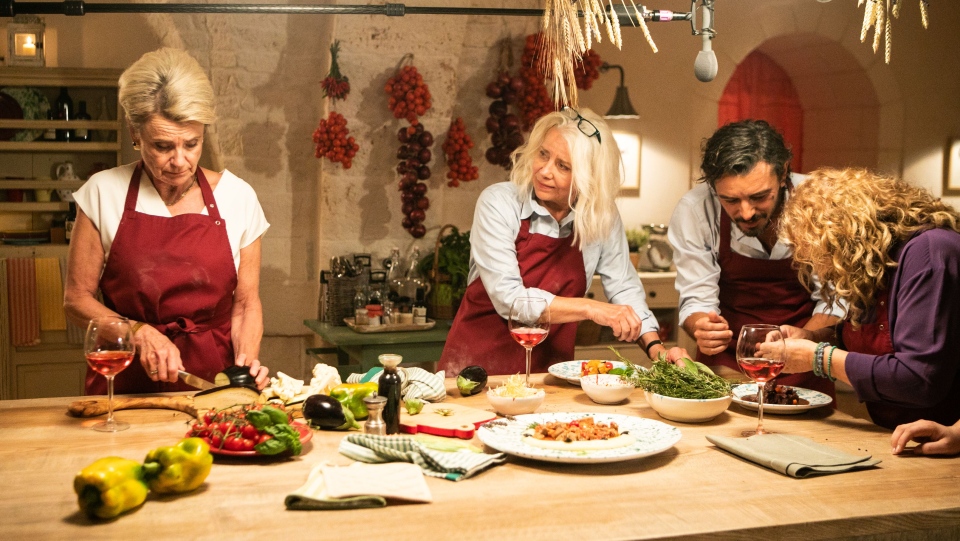 “Food Club,” a new Danish comedy about a trio of lifelong friends and now on VOD, feels like a mix of “Eat Pray Love,” “Best Exotic Marigold Hotel,” with a side of “Under the Tuscan Sun.”

Marie (Karoline Hamm), Vajna (Kirsten Lehfeldt) and Berling (Stina Ekblad) have been friends since youth, even if they don’t see one another as much as they’d like these days. Now in their 70s, Marie is devastated by her Christmas Eve break-up from her husband, Berling’s life looks good from the outside looking in, but a difficult relationship with her daughter troubles her, and Vanja has never gotten over the death of her husband.

In an effort to move on and “seize the day” as they did in their youth, the three travel to Puglia in southern Italy to take a cooking course. Their guide, Alessandro (Michele Venitucci) guarantees they will know how to cook beautiful Italian dishes by the end of the week, but like Stanley Tucci on his televised tour of the country, they dig deeper, discovering the power of not only pasta to heal the soul, but also of friendship.

“Food Club” is an engaging, but slight movie. The revelation that friendship conquers all is straight out of a Hallmark movie and you wouldn’t need Columbus to guide the trio’s journey of self-discovery, but the theme of moving on from heartache is nicely handled. The characters are more textured than your typical coming-of-old-age flick, and the messages of embracing friends and the time you have left, while frayed around the edges, is uplifting.