Shares of Alzheimer’s disease drug developer Cassava Sciences (NASDAQ:SAVA) have soared this year thanks to progress with a potential new drug called sumifilam. This is a big deal, because there still aren’t any available treatments for the progressive and ultimately fatal condition that affects more than 5 million Americans.

Does simufilam have a clear enough shot at success to make Cassava Sciences a smart investment right now? To find out, we’ll need to weigh compelling reasons to buy this stock against reasons to remain cautious. 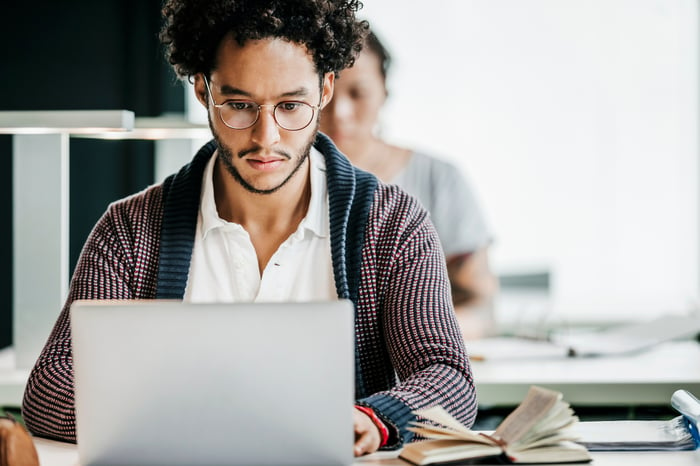 Cassava Sciencesa’s lead candidate, sumifilam is a potential new dementia treatment that restores the shape and function of an important structural protein found in the brain called filamin A. Last November, Cassava sciences reported clinical trial results for sumifilam that suggest stabilizing this protein has an important knock-on effect.

After swallowing sumifilam pills twice a day for four weeks, investigators sampled the cerebrospinal fluid (CSF) that bathes patients’ brains and compared it to samples drawn at the beginning of the study. The CSF samples taken from patients that received simufilam showed significant reductions of protein fragments associated with dementia compared to patients given a placebo. This suggests a pair of phase 3 trials slated to begin before the end of 2021 will prove that simufilam can actually prevent disease progression for Alzheimer’s patients.

Over 5 million Americans are losing their cognitive ability to this progressive disorder but there still aren’t any disease-modifying treatments. That means simufilam could eventually become one of the world’s best-selling drugs.

Investors expecting simufilam to improve long-term outcomes because it reduced some associated biomarkers are taking a huge gamble. Eli Lilly, Roche, and Johnson & Johnson are just a few companies that have late-stage Alzheimer’s disease trial failures under their belt. All of their candidates had positive biomarker data too, but none were able to significantly slow the progression of the disease in phase 3 trials.

An experimental antibody called aducanumab from Biogen (NASDAQ:BIIB) has come closest to earning approval to prevent the progression of Alzheimer’s disease. Unfortunately, the FDA has postponed the review of its controversial application twice already.

The important takeaway from Biogen’s drama for investors interested in Cassava is that the panel of independent medical experts assembled by the FDA to review evidence agreed there wasn’t enough to prove aducanumab significantly improved outcomes.

More reasons to be nervous

Cassava Therapeutics has been developing simufilam for over a decade but sat on it for years while trying in vain to earn approval for an abuse-deterrent version of OcyContin called Remoxy ER. It was called Pain Therapeutics back then, but the company’s CEO, Remi Barbier has been at the helm since it began trading on public markets more than twenty years ago.

Cassava’s only placebo-controlled study with simufilam to date completed last March, but it wasn’t until May that we learned the biomarker data collected didn’t show any significant improvements. Cassava blamed the failure on the contractor hired to run the trial, then returned with successful, revised figures in September.

We don’t know if the contractor Cassava hired mishandled CSF samples or if a new statistical analysis was responsible for the vast improvement the company reported last September and presented in further detail in November. 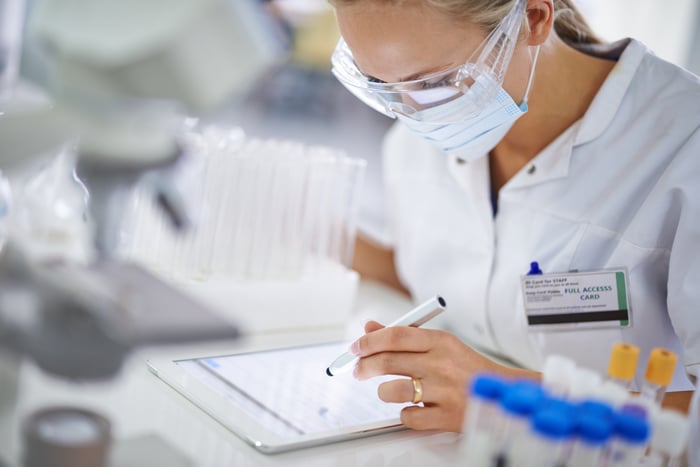 Last November, Cassava Sciences CEO Remi Barbier hinted at the quick publication of sumifilam’s revised phase 2 results in a peer-reviewed journal. According to Barbier, several “top-notch journals” were eager to publish the revised data, and it was just a matter of deciding which one would receive the honor.

We’re still waiting for a peer-reviewed paper regarding Cassava’s revised data. The biomarker knockdowns reported were so remarkable that it’s hard to imagine why the results still haven’t been published in a medical journal.

Some investors took the company’s description of a successful end of phase 2 meeting with the FDA as a sign the revised results have been deemed acceptable by the regulatory agency. This isn’t necessarily the case. Communications with the FDA aren’t subject to disclosure and the agency never comments on them publicly.

Not worth the risk

It’s going to be a long time before we know if the controversial biomarker data Cassava presented for simufilam will translate to improved outcomes. Even if the data weren’t controversial, and we could assume simufilam had just as good a chance as experimental Alzheimer’s drugs that flopped for giants of the pharmaceutical industry, the odds of success are still extremely slim.

Cassava Sciences’ market cap has swollen to around $2.3 billion at recent prices even though simufilam is the only shot at generating revenue the company has. If this program fizzles out like nearly every experimental Alzheimer’s disease drug that came before it, the stock could fall hard.

This article represents the opinion of the writer, who may disagree with the “official” recommendation position of a Motley Fool premium advisory service. We’re motley! Questioning an investing thesis — even one of our own — helps us all think critically about investing and make decisions that help us become smarter, happier, and richer.